The History of Swisher Sweets in America 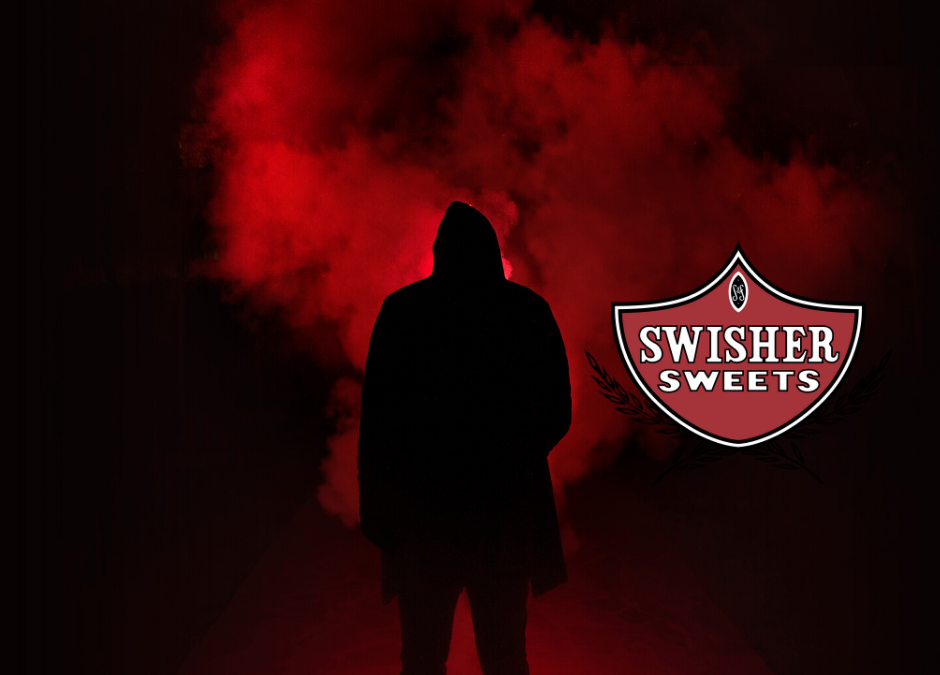 Today when we see a pack/ box of Swisher Sweets cigars or machine-made cigarillos, we think little about brand history.

In fact, most of us don’t even think about it at all. However, Buy Pipe Tobacco would like to change that.

So if you appreciate Swisher Sweets as we do, then here’s the story on how it all started!

Also, if you stick with us until the end, we’ll hook you up with the sweetest Swisher Sweets deal online!

With that said, let’s rewind time and take a closer look at how one of the best selling cigar brands came about. After all, they’re just as relevant today as they were 150+ years ago!

As the story goes, a merchant from Newark, Ohio by the name of David Swisher accepted a local cigar business as payment toward a debt.

Since then, there’s been no turning back, until now that is…

It was in 1861 when David Swisher & Sons began selling their signature, hand-rolled cigars all over the Midwest.

However, advertisement and delivery were both challenging factors during these years. Due to this, the Swisher family had to get creative in order to expend beyond their hometown.

By doing so, Swisher formed Rolling Stores, which is where they would travel the region by horse and wagon selling Swisher Cigars wherever they stopped.

As a result of this determination, Swisher soon became a household name in the midwest & beyond. In fact, soon after the Swisher sons took over the business in 1888, production soared, breaking all limits!

The company was now producing over 300,000 cigars a day, which was unheard of back then! So as you can see, Swisher was a popular brand name way before any of us were ever born!

As the 1800s came to an end, a new era of technology was being born! Indeed, mass-production was just peaking and many companies like Swisher were able to benefit from the manufacturing boom that took place during those years.

However, the first two decades after the turn of the century were not all peaches & cream! In fact, the company went through many changes during these times, including the Wall Street Crash of 1929.

In 1913, John Swisher bought out his brother, Harry, and brought his own son Carl into the fold. At the same time, the company changed its name to Jno Swisher & Son and relocated to Jacksonville, Florida.

For the next 10 years, the business would continue to flourish. However, in 1923 Swisher became the first cigar company to purchase industrial-sized rolling machines and produced the first-ever machine-made cigars!

By 1929, Swisher & Sons were manufacturing over 100 million cigars a year! At this time, no other brand was producing such numbers.

However, that would soon change as Swisher was setting the bar higher than ever!

In fact, the Great Depression couldn’t even slow Swisher down! The company would continue hiring workers all throughout the 1930s, providing jobs when needed most.

On that note alone, we believe the Story of Swisher Sweets is one worth telling! After all, the company did carry America on its back during extremely difficult times.

But as all things come to pass with time, so did the 1930s. Unfortunately, the 40s were shattered with war, but even that proved to be no match for the Swisher brand.

As you’ll see next, the company made a power move during this time that allowed them to become the #1 cigar manufacturer in the world.

The True King of Sweets

During the peak of WWII, Swisher’s famous King Edward Cigars became the best-selling cigar worldwide! At the time, it used to only cost 5¢ a stick! But then Swisher introduced the 2 for 5¢ deal, and the rest was history!

Indeed, after a successful launch of the legendary Swisher Sweets in 1958, the company would go on to produce more than four million cigars a day! Not to mention, become a #1 best-seller in 47 countries including all 50 states!

As of 2020, Swisher controls 30% of the entire US cigar market by volume! So as you can see, when it comes to the crown, it’s clear, Swisher is the King of Sweets!

History in the Making

Now that the history of Swisher Sweets is told, it’s time to hook you up with our latest cash-saving deals.

As promised in the beginning, if you read until the end, we’ll offer you a sweet deal on some Swisher Sweets! So if you love Swishers as we do, then you’re totally going to love what we have in store for you!

Also, keep in mind, we deliver nationwide to all 50 states including Puerto Rico! In other words, Buy Pipe Tobacco will go the distance to deliver satisfaction! So as the legacy of David Swisher lives on, so does his vision on being the King of Sweets, forever!

When choosing our Top Swisher Deals we took into consideration the following:

As you can see, these are not just some random picks! However, we do recommend the entire Swisher brand as a whole, gets no better! So without further ado, let’s get back to saving you some CASH!

When it comes to all four above mentioned features, Swisher Sweet’s exclusive line of BLK Tipped Cigarillos meets all requirements!

Not to mention, our boxes don’t include a display price, so you can set your own prices! From our experience, most retailers charge 99¢ for a Swishers BLK Tipped Cigarillo!

Other than that, these sweets come in several flavors including Cherry, Berry, Grape, Smooth, and Wine!

So if you enjoy the satisfaction Swisher Sweets Cigarillos bring, then, by all means, you’re going to love this offer! Indeed, we’re all about saving you cash right off the bat, something you can see before you even checkout.

With that said, we now offer Swisher Sweets Original Cigarillos in a BULK BOX that includes 20 packs of five! Better yet, this box deal sells for only $50 on average! As you know, a 5-pack single box of Swisher Cigarillos sells for almost $5 a pack!

On that note, we’ll let you decide if spending $50 is worth saving $50 or not. However, we think it’s a no-brainer, and you’ll agree!

When it comes to satisfaction, nothing quite does it like a Swisher Sweets Filtered Cigar! Indeed, these bad boys are made from fresh, premium-grade tobacco, plus they burn slow!

Not to mention, Swisher Sweets Filtered Cigars are twice as satisfying as a full-flavor cigarette! So if you’re a cig smoker, then here’s a great opportunity to smoke less and save more!

That’s right; at Buy Pipe Tobacco you can score a 10-pack carton of Swisher Filters for roughly $40 on average! So as you can see, switching from cigarettes to little cigars could save you thousands of dollars every year!

With that said, we’ll let you do the math based on how much you currently spend on cigarettes. Also, keep in mind, Swisher Sweets Filtered Cigars are made from all-natural tobacco, so they last longer, unlike cigarettes!

The Future for Swisher Sweets

All in all, Swisher Sweets Cigars, Cigarillos, and Filtered Cigars are all here to stay! After all, it’s been more than 150 years, and they’re still the world’s top-selling cigar!

As an official retailer of Swisher Cigars, we guarantee four things:

Also, our products are always in stock! But if for some chance you notice it’s not, just give us a shout and we’ll make it happen! When it comes to customer satisfaction, we put nothing before it, and that’s why it’s a guarantee!